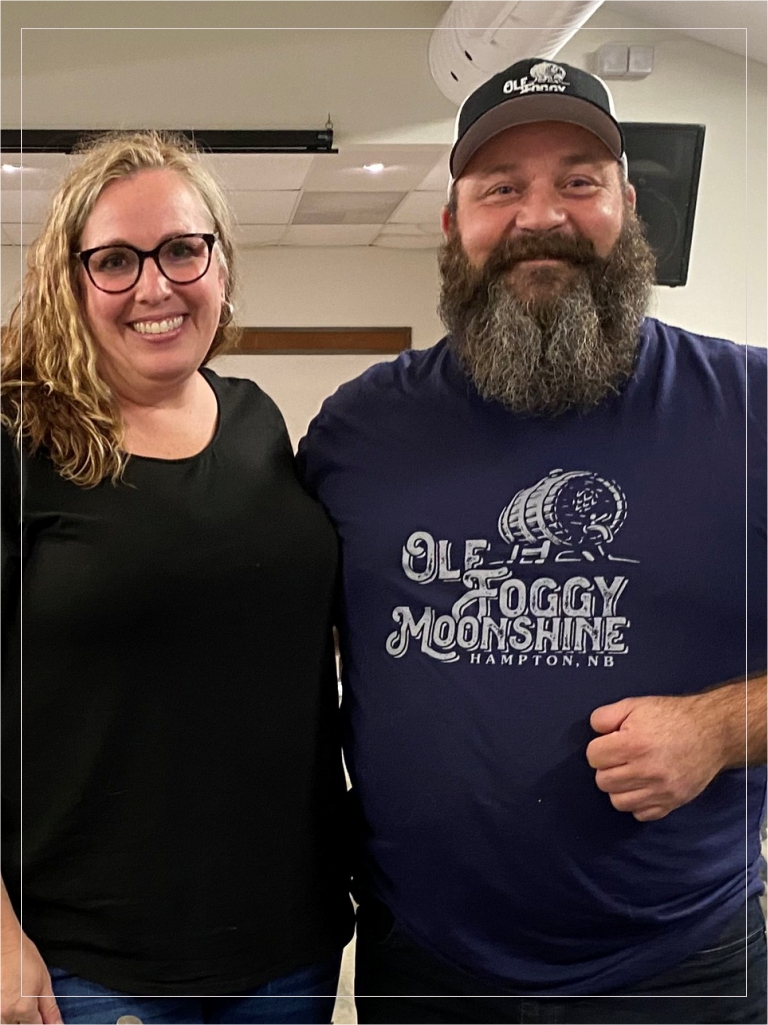 A carpenter by trade, Aaron brewed his own craft beers, ciders and wine for several years before delving into the world of moonshine. His interest was piqued after a friend with a small, five-gallon still in his garage invited him to try his hand at distilling. Wanting to learn more, he took courses and mentored with several distilleries across Canada and the United States and, as he learned more about distilling, his hobby became a passion that he wanted to share with other people.

Christina, who works as a dental hygienist, came onboard and they went all-in together with Aaron focusing on the spirits and Christina bringing her vision of showing off the hard work of other talented locals and selling their handmade products at the distillery.

As well as working full-time and operating the distillery and retail space, the couple are active in the community and does whatever they can for the community as a small business. They  are involved with the local football scene and are members of the Hampton Area Chamber of Commerce and the New Brunswick Craft Alcohol Producers Association. They have donates to many fundraisers and charities, including celebrating their first year anniversary in business by holding a fundraiser to support the Hampton Food Basket. Along with other small businesses in Hampton, they created the now annual Hampton Food and Drink Tour with its third one taking place in the fall of 2022.